Today I had brought 3 more professors with me to teach the class on multimodal interaction (I learned from Hans). As we have the pd-net project meeting Nigel Davies, Marc Langheirich, and Rui Jose were in Stuttgart and ‘volunteered’ to give a talk. 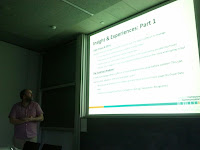 Nigel talked about the work in Lancaster on the use of mobile computing technology to support sustainable travel. He explained the experiments they conducted for collecting and sharing travel related information. In the 6th Sense Transport project they look beyond looking at understanding the current context into predictions and eventually ‘time travel’ 😉 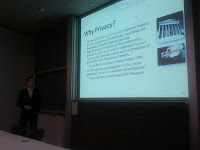 Marc presented a one hour version of his tutorial on privacy introducing the terminology and explaining the many facets this topic has. We discussed the ‘NTHNTF’ argument (Nothing To Hide Nothing To Fear) and Marc used an example of AOLstalker.com to show the weaknesses of this argument. Marc suggested some reading if you want to dive into the topic, see [1,2,3,4].

Rui focused in his lecture on pervasive public displays. He gave an overview of typical architectures for digital signage systems and the resulting limitation. The pd-net approach aims at creating an open platform that allows many different applications and use cased. He showed once concept of using virtual pin-badges to trigger content and to express interest in a certain topic.

There is more information on the pd-net project on http://pd-net.org

Rui José and Elaine Huang are chairing an international symposium on pervasive displays in Portugal. The conference will be held June 4-5 2012 in Porto. The submission deadline for full papers is January 16th, 2012.

With our research in the PD-net project we encounter many interesting research questions and met with many other researchers interested in the topic. It seems that the many real deployments of electronic displays is fueling ideas and makes it obvious that research is required to understand the properties of this new upcoming media. The call states: “As digital displays become pervasive, they become increasingly relevant in many areas, including advertising, art, sociology, engineering, computer science, interaction design, and entertainment.”

We hope with this symposium we will bring together researchers and practitioners as well as users to share research results and generate new ideas.

Submissions that report on cutting-edge research in the broad spectrum of pervasive digital displays are invited, ranging from large interactive walls to personal projection, from tablets and mobile phone screens to 3-D displays and tabletops. Topics include:

Have a look at the webpage and the call for paper at http://pervasivedisplays.org/cfp.php 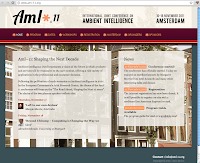 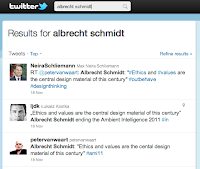