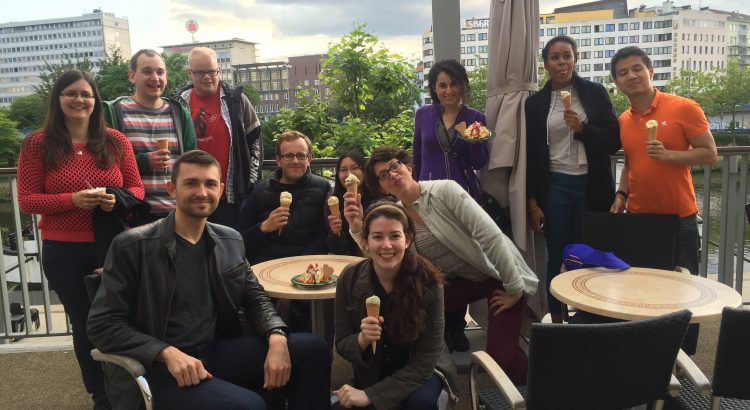 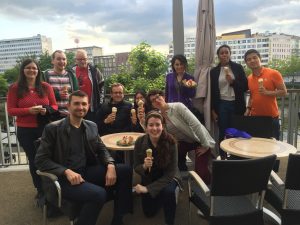 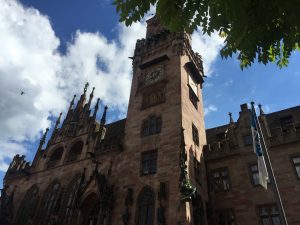 Miriam and the UNH IRES research interns from the HCI lab went to Saarbrüken to visit the Saarbrüken University HCI group. The first lab visited was the DFKI Lab (or the German Research Center for Artificial Intelligence) where they met researcher Dr. Sven Gehring to get a tour. The tour exhibited demonstrations such as the possible future technology of grocery stores, collaborative reading environment on a single screen, augmented system to develop floor plans and similar layouts, and a viable poster voting system. In addition to the demos they were talked through some posters displayed on the various other projects being undertaken at the HCI group in Saarbrüken like mobile projection to facilitate learning guitar, large interactive displays, and even a mobile application to chart rock climbing paths of various difficulties. 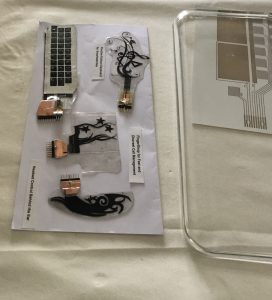 The second lab visited was the Cluster of Excellence Multimodal Computing and Interaction (MMCI) lab. This is where doctoral researcher Martin Weigel gave a tour of the lab and went into detail about his project which was in wearable touch sensors that are worn on the skin.