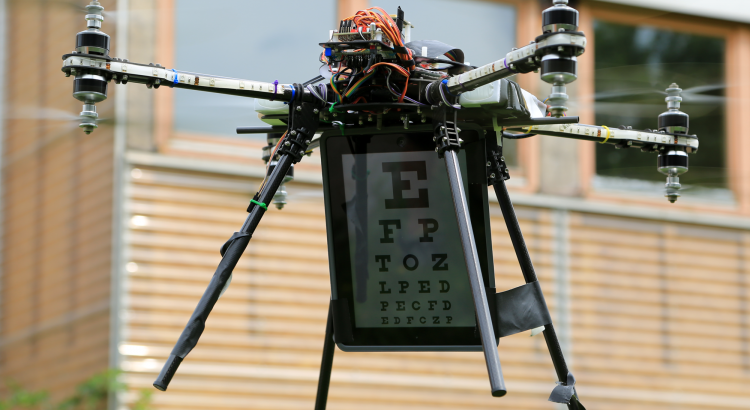 Due to advances in technology, displays could replace literally any surface in the future, including walls, windows, and ceilings. At the same time, midair remains a relatively unexplored domain for the use of displays as of today, particularly in public space. Nevertheless, we see large potential in the ability to make displays appear at any possible point in space, both indoors and outdoors. Such displays, that we call midair displays, could control large crowds in emergency situations, they could be used during sports for navigation and feedback on performance, or as group displays. We see midair displays as a complementary technology to wearable displays. In contrast to statically deployed displays they allow information to be brought to the user anytime and anywhere.We explore the concept of midair displays and show that with current technology, for example, copter drones, such displays can be easily built.