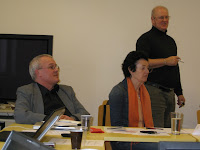 Some years ago there has been significant support in this area of research on a European level – namely I3 and the disappearing computer initiative. Currently many of us feel that the value of user centred research is not supported enough and hence innovation happens somewhere else which can lead to massive disadvantages for European industries. One central issue is that we need more to communicate value of user interface research. 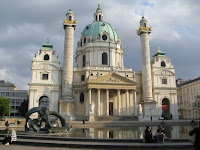 The need for user interface research is undoubtedly accepted. One example is the ISTAG report of 2001 that tried to look into 2010 – a future that is now not too far anymore. Looking at the challenges stated in this report it becomes clear that most of the technical issues are solved but this does has not lead to a breakthrough with regard to the visionary scenarios. But towards the challenge “natural interfaces” we have still a long way to go. If we really want to get closer to those scenarios of ambient intelligence that are human friendly we really have to push on interaction and user interfaces – hopefully decision makers on a European level will get it 😉