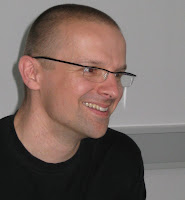 Christian Kray and I were colleagues in Lancaster for a very short time – he just joined the university when I left for Munich. After his post-doc in Lancaster he moved to a position in Newcastle.

His work at the cross roads of mobile interaction and public displays is very exciting. In particular he investigates interesting concepts related to visual codes – some aspects to these ideas are discussed in “Swiss Army Knife meets Camera Phone” [1]. His new prototypes are really cool and I look forward to see/read more about them. 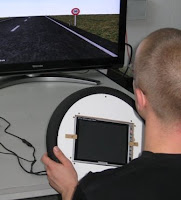 We realized that there are many areas where we have common interests. Perhaps there is a chance in the future to work together on some of the ideas discussed!